Taking Care Of Your Fertility 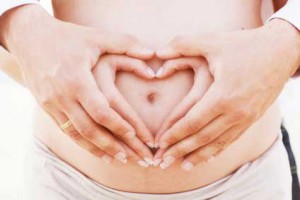 Sheila and Graham came to see me after trying to conceive for nearly three years with no success. Sheila’s main concern was that her gynaecologist wanted to prescribe her Clomid which carried risks of side effects. Her grandmother and mother had both had ovarian cancer and her sister had symptoms of polycystic ovaries.

The doctor told her that her tests seemed to always show small follicles and problems with her left ovary. He couldn’t offer her any further treatment unless she agreed to take it.

Sheila’s cycles were always different – anywhere between 30 – 60 days. Sometimes she experienced pain on intercourse. She worked full time and became tired easily. She was in search of another opinion and was very interested in any natural methods of treatment.

I taught Sheila how to carefully chart her cycle each month for me so we were aware of when she may ovulating and any irregularities. This way I could adjust her medicines as necessary.

Both of them needed to pay a lot more attention to their diet. They were given advice on what foods would be medicines for them and which ones to avoid. Filtered water was recommended for making tea and for cooking. All food had to be organic and they needed to drink plenty of water every day. The important things to avoid were caffeine, alcohol, tobacco and foods containing wheat and dairy.

Sheila was also advised of all the things in her environment and diet that may act as hormone disruptors.

They were provided supplements for their individual needs and herbal medicines. Graham was given a mixture of herbs to help with detoxification and lymphatic and immune support. Sheila was provided a prescription to help modulate hormone function and reduce inflammation. They returned for their second appointment when Sheila had completed her first chart and with additional test results they had been advised to have.

I adjusted some of the supplements, increasing Zinc and providing Graham with antagonists to lead. He was given a mixture of herbs to help with detoxification. Sheila was given additional organic iron supplements.

Improvements were felt by both of them quickly. After four months Sheila called to say could I help her as she had a conference to go to and thought she may have a tummy upset as she was feeling a little sick. Her regular charts showed her cycles were always over 30 days but there had been no very long cycles since treatment. She was disappointed she had not started menstruating and was at day 35. I asked her to give me her temperature readings. They were higher than normal and well over her post ovulation phase cover line. I suggested she have a pregnancy test. Test was positive. Herbal teas were provided for mild morning sickness which only lasted a short time.

Sheila had a healthy pregnancy and gave birth naturally 9 months later to a beautiful and healthy baby girl.

Names have been changed for confidentiality purposes.