‘I Felt Normal Again…’ Homeopathy And Nutrition For Eczema 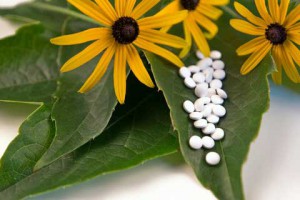 Mary is 24 years old and had been suffering from eczema on her face, arms and hands for approximately 2 years. She had tried everything to get rid of it but nothing had worked. The eczema on her face was the most distressing for her because it was painful and very visible. The only way she could cope was by smothering it in Vaseline every time she went out, in order that it wasn’t aggravated by the elements. She was self-conscious and her confidence had taken a huge knock.

At the initial consultation, I asked Mary how long she had been suffering and what, if anything, had been happening in her life at the time. 3 months before the eczema started, she had left her home in Scotland and come to live in London. Her parents had been very much against the idea and so she left under something of a cloud. However, she had felt the need to leave home for a long time – her relationship with her parents had been strained.

The consultation lasted for 2 hours, during which time I found out as much about Mary as I could – how she felt about leaving home, her relationship with her parents and the effect this had had on her emotional state. This appeared to be the centre of the case and I concentrated on this in order to identify the correct remedy.

Alongside the remedy, I looked carefully at Mary’s diet. Whilst it was relatively nutritious, there were definitely areas that needed attention. She was eating quite a lot of inflammatory foods (red meat, dairy, wheat, tomatoes, peppers and aubergines) which needed to be eliminated. I designed a nutritional programme for her, including a menu plan and a programme of supplements. I then arranged to see her the following month.

The next consultation saw Mary at least 80% improved. Her face was almost clear and her arms and wrists were significantly less inflamed. She reported feeling more energetic and her confidence levels were hugely increased. We discussed how she had felt after taking the remedy and Mary reported that the improvement had begun shortly after she had taken the remedy and before she had started making any changes in her diet, but that it had accelerated once the potential aggravating foods had been eliminated.

By the time I next saw Mary, one month later, all her symptoms had cleared, save for a little left on one arm. Aside from her skin condition, Mary said she felt better all round. She felt “normal” again and her self esteem had rocketed.

Claire Hewison RSHom has been practising for nearly 9 years. She works at the Brackenbury Clinic on Tuesdays, using Homeopathy and Nutritional Therapy either in combination or separately.